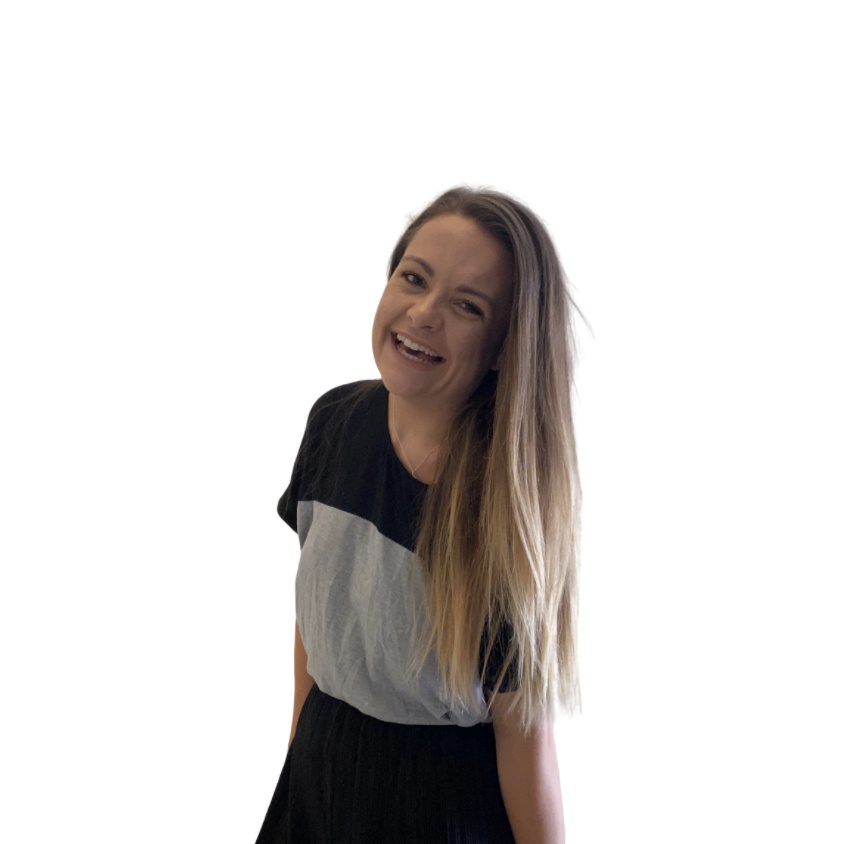 Her laugh is unmistakable and she once got kicked out of science class at school for talking too much, so it makes sense that she now does it for a living. She moved here in September 2019 and has already crashed her car three times, despite that she is the one getting you home weekdays 4-7pm.

And if you want to get in touch with the show drop your deets below...

Bits from the show:

Another busy day making sure I don't end up in the wrong career pic.twitter.com/UitN6mnznE

He shoots and he scores AGAIN!

I feel like lizards are really good at pushups.

Jacinda really had to answer that question!

Traveling the world with my MOM! Where should we go next?😂 #arab #okmomma #fyp

♬ Because of You - Kelly Clarkson

Kelly Clarkson NEEDS to re-record this!!!

Late Valentines Meal - Prawns & Chips with Meatballs in Gravy and some Cheese by Michael H pic.twitter.com/ZW08vxJS8x

are you smarter than a preschooler? pt 70😂 ❤️HAPPY VALENTINE’S DAY YALL❤️

Please do not spit on me!

That noise they make needs to be a ringtone right?

“Everybody's face popped up except mine, mine was a cat” 😸

Just in case you weren't sure, he's not actually a cat!

This kid is brilliant!!!

Do the dogs love it though?

I don't like it when zoom calls end abruptly so I've added credits. pic.twitter.com/wPtzTYZMIZ

Awkward goodbyes will be a thing of the past after watching this!

Dear @CharlieSimpson I hope you liked my sexy banner https://t.co/txoIoTQIm3

There's being oblivious and then there's this!

The Jimmy Fallon laugh is next level!

It can be very difficult to tell the difference between certain animals. Here's what to look for pic.twitter.com/eMRLb3wkcV

Because who doesn't confuse crocodiles and horses regularly?

Most pointless but best prank ever!

Does anyone feel he missed some countries out?

What do you mean teachers don't live at school and have real names?

The estate agent said we just had to wait for more interest.

But I thought...what if I make a dumb joke advertisement for it?

Which was how Sam and I invented the genre of 'property comedy' / propcom.

Did he mention it comes with a pool?

are you smarter than a preschooler? pt 65😂

Anyone else thinking twice about going in the sea now?

Wouldn't be surprised if this actually happened for real!

All of a sudden our lack of languages doesn't seem so bad...

Not all heroes wear capes!

I may have mixed up British and Australian there lmao 🤣🤣🤣. This was fun as hell tho #fyp #foryou #foryoupage #fy #comedy #jokes #viral #funny

Guilty of saying this...

Happy 4 year anniversary to when I flew to Edinburgh to surprise Finlay and he flew to Paris to surprise me and this is why we don’t do surprises anymore pic.twitter.com/ZBJ4jCNZ4i

When you can't get someone to answer your texts and then there's these two...

Just go with "misc" it's much easier to spell too!

The parent-teacher conference should be interesting!

Next time someone says you're bad at languages, show them this!

Time for this week's Big Debate. Everyone's been arguing about this for months but hopefully this will settle the matter once and for all 👍 pic.twitter.com/pAqkkHd8Nb

That settles it then, horses will NOT be fire fighters!

here's @BBCSimonMcCoy looking back at the best bits of 2020 #happynewyear pic.twitter.com/eS3rnpZH91

Vegans, as soon as they dump some hot sauce on burnt cauliflower: pic.twitter.com/MmD0MyxHaQ

This kid has great taste!

Tuck Tucker, the animator and director of SpongeBob SquarePants sadly passed away, but what a legacy he has left behind!

Can your car do this?

I have a lot of time for this level of trolling pic.twitter.com/VEkMbbTDEl

Anyone else rapping along?

The UK has now implemented a four-tier system, where tier 4 means they can't visit other households, turns out it isn't all bad news though...

A lil blessing from @aliciakeys

Santa Claus will be coming to town this year, Dr. Anthony Fauci says.

“I took care of that for you,” he says. “…I took a trip up there to the North Pole; I went there and I vaccinated Santa Claus myself. I measured his level of immunity, and he is good to go.” #CNNSesameStreet pic.twitter.com/CNJ520XTew

Good news, Santa has had the vaccine!

Yes, it happened sports on the show... Mostly because of the washing machine!

It is all about that seabass...

We all know Dad jokes are bad, but Uncle jokers are next level! 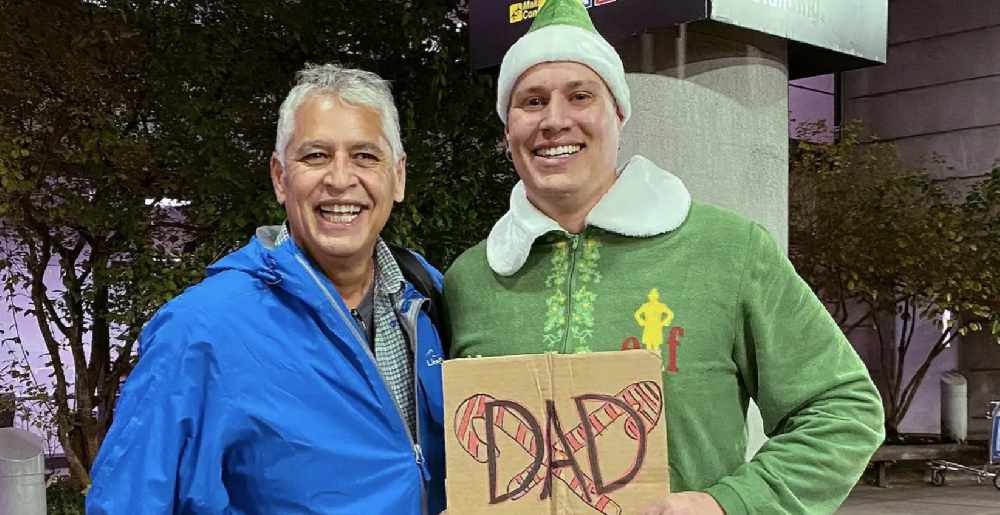 What a hero! Dressing as Buddy The Elf to meet your biological Dad for the first time takes guts... Also great legs to rock the tights! 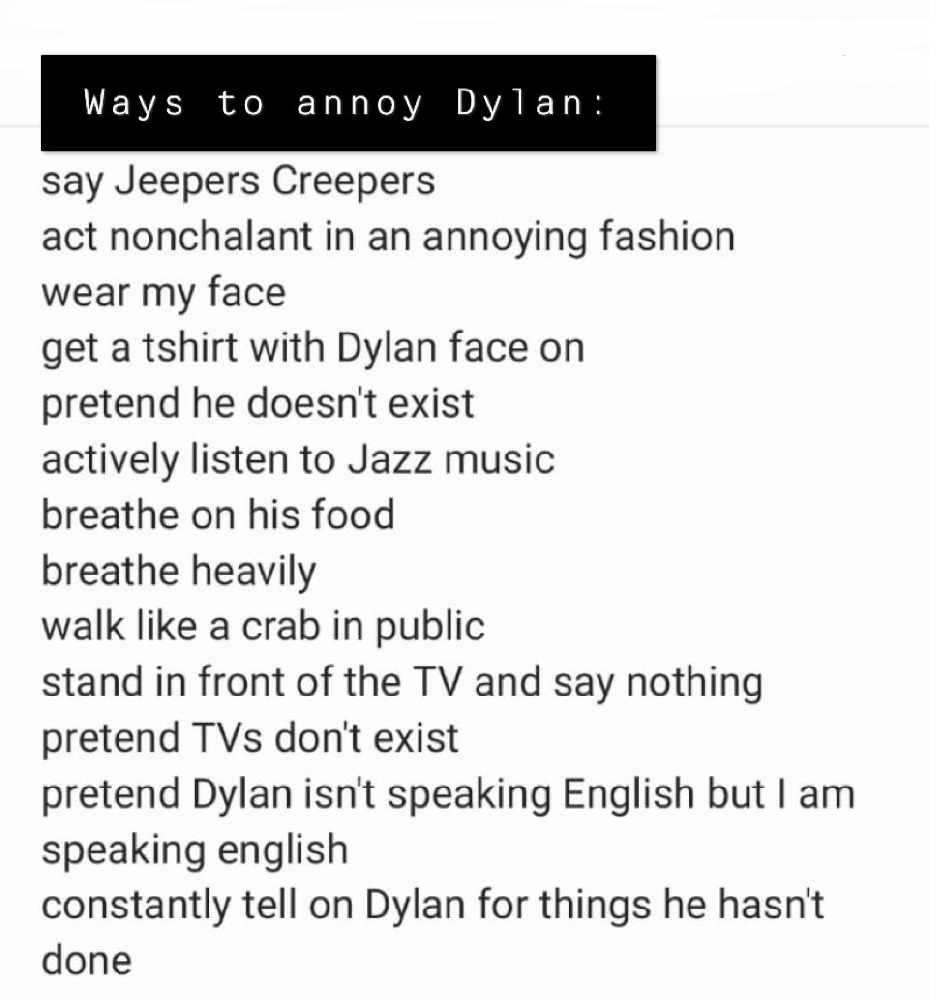 This is taking annoying your sibling to ANOTHER level! 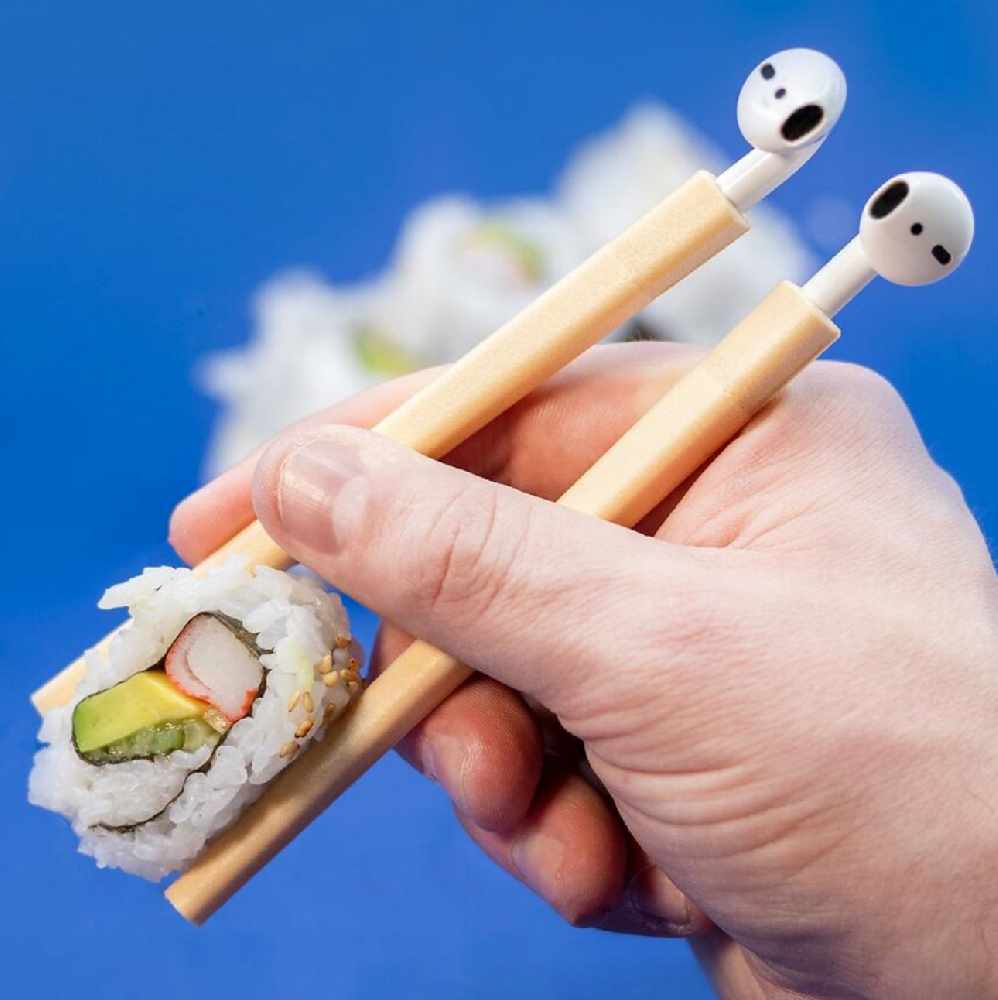 Because eating sushi without listening to music is so hard???

#stitch with @tori.ralston Girl a what??? I ain’t got the time

Does anyone else want to buy a bagel purely so you can ask for a 'bagle' in the shop?

Imagine living next door to this family!!!

when you need to confirm you're not a robot pic.twitter.com/nueeljlewl

We have just been schooled by a child!

Keep the dancing to the professionals!!!

I’ve never planned a better party than the one I planned when I was 8 pic.twitter.com/oFr1vaqHSN

Sorry I was five minutes late for the scheduled giggles!

Imagine being his neighbours...

You will never look at strawberries in the same away again!

The way he says "have a great day" sounds so creepy!

His smile when he tells the story, priceless!

Did we really need a film about this?

Guilty of saying he does sound like Niall Horan! 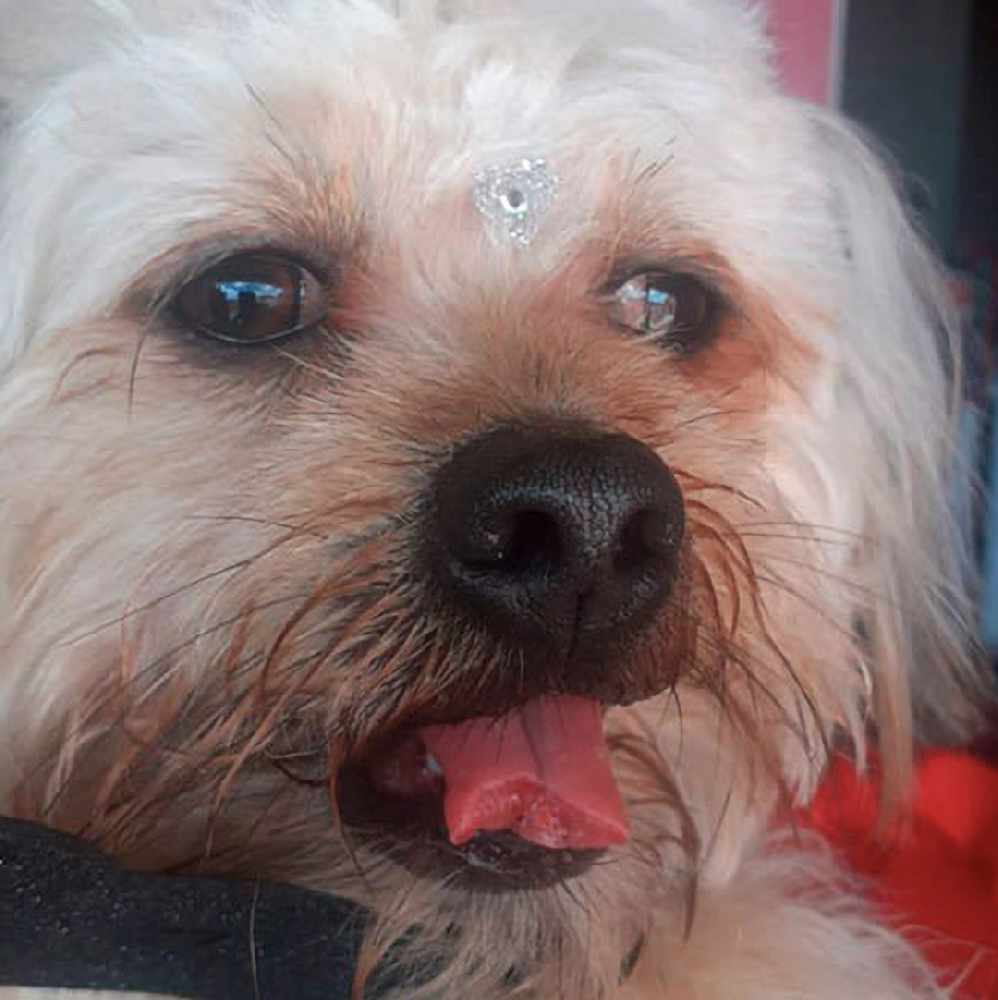 This is Scott the dog... Not the most conventional name... The dog groomer accidentally chopped off some of his tongue!

Creepy but a great game... Siblings or dating?

When you for a second think they're actually related... Just on-screen family... Checks Google one more time!

mid-2000s demi is iconic and i hope i did her some justice! #demilovato #fyp #foryou #impressions #singingimpressions #disneychannel

“I have a bunch of songs, and I’m excited about them. But I feel like I have to write 3 or 4 more...I need to write the songs that are on my heart.” pic.twitter.com/NZdncCxASx

Anyone else getting triggered by the eating?

Charlie Puth once again showing us how talented he is! 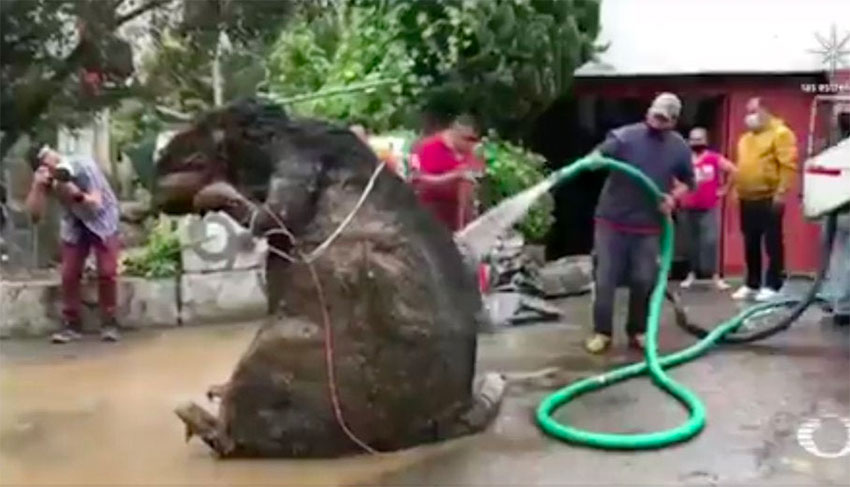 Hands up who thought this was a real rat at first!

You guys!! It’s a Legally Blonde Reunion. 🎀 We laughed, we cried and we may or may not have done the bend & snap for old times sake! 💅🏽 Join me and the #LegallyBlonde cast tomorrow on the @hellosunshine YouTube channel! PS: Don’t you want to see if Elle & Warner finally make up? pic.twitter.com/dNsHg0F5Nl

You will be saying 'bend and snap' for the next week now!

Think how sweaty this would be in the desert!

That's a lot of combs! 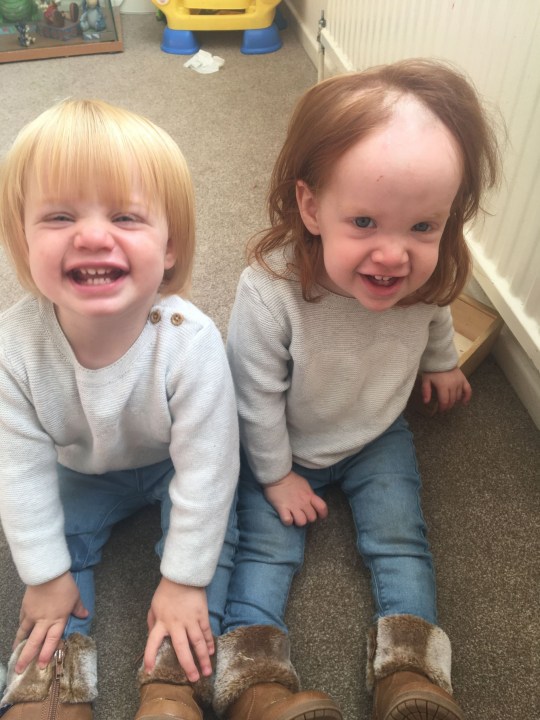 Don't leave hair removal cream in reach of children, EVER!

This is all teachers will be saying in November!

Just received this rollercoaster of an email from one of my professors pic.twitter.com/6vGfiRNFI9

When you thought you were having a bad day and then you saw this!

The support group we all need during the pandemic!!!

Premiere Trump Thank you for giving me fantastic head for the last four years. pic.twitter.com/rsQh6pluFM

Just in case you wanted to hear The Draco Malfoy song again...

When you realise you have a lot in common with Donald Trump; both dye hair, both had Coronavirus and both know nothing about science... You can't be immune if you have the virus!

this is a subtweet at @giorgiohofmann ❤️ #voicenotes

This girl couldn't be more wrong!

Casual 48 hours at @hifmradio...@jonnyborrows showered when he went round to the boss’ house (don’t ask) and I sat on the floor and apparently conducted a photoshoot with @r_banks’ dog! pic.twitter.com/SF2HPOLjfT

Nothing to see here just sat on the floor taking photos of Robin's dog instead of taking to him!

Three guys you wouldn't invite to a party!

Clearly, these lad's are in REALLY happy marriages, hence spreading the joy and well wishes!

Joined this residents group chat recently. I don't live there but I think I'm close to making some new friends already 👍 pic.twitter.com/qKG5FAiUC9

Karen really is the gift that keeps giving!

Play this next time you're in a bad mood!

Just in case you forgot, WEAR A MASK!

Matt Hancock letting the bbc know that it’s very good to have him on. pic.twitter.com/QVYbSpiOaV

The UK's Health Secretary showed of his oldest side, what a guy!

Just when you feel The Rock is just like all if us, he rips off a gate...

Maybe the best advert ever?

Yep, very guilty of saying most of these phrases in 2020!

♬ The Names of the Fallen - Matriarchs

Turns there are Directioners just as passionate as me!

Just when you thought you couldn't love Lewis Capaldi anymore he creates this!

We get some help with weekend weather from the God of Thunder himself, Chris Hemsworth! #9Today pic.twitter.com/YsfCxADIiD

Can Thor always do the weather please?

Lewis Capaldi is an absolute lad! Who is going to buy a T-Shirt after watching this clip from 'Who Wants To Be A Millionaire'?

This is me trying not to go over my syns on @SlimmingWorld https://t.co/VsDUMWhjHB

When you have no self control and will even eat butter with the wrapper on!!!

Play this to anyone says you're too old for Disney!

If yu're feeling down about the airports still being closed, this video should make you feel grateful for the gorgeous weather we get here in Oman!

This old clip from a home improvement programme has started recirculating and people can't get enough of this guy's reaction. Safe to say he is NOT a fan of the bedroom!

Who would keep this in their cupboard???

Who needs dentists when you have friends like this? Nahhh I will stick to the dentist thanks! 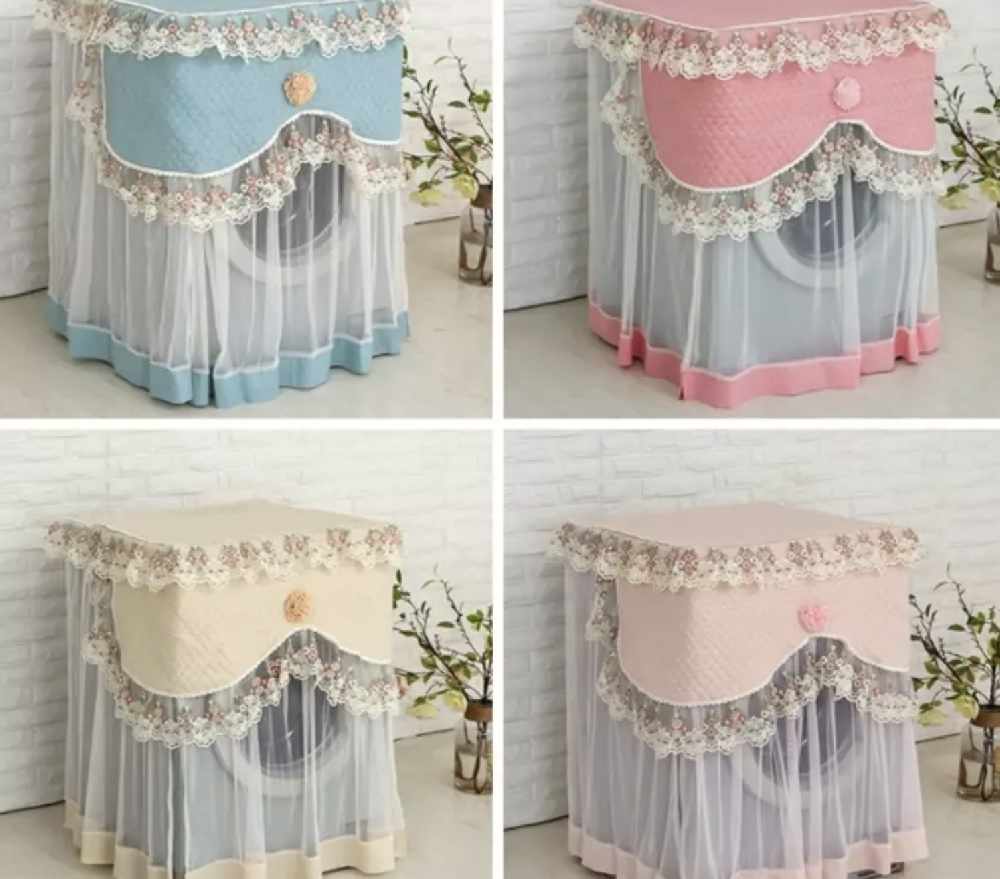 Some people are dressing up their washing machines... This is not even a joke! (Photo Credit: Wish)

Idk who needs to hear this but I’m never working from the office again. #fyp #work #workfromhome #gay #pandemic #foryoupage

Not everyone is keen on going back to the office... But don't do this!!!

I wish my family was this nice...

The reason why I did a seal impression on-air... I haven't lost it, yet!

Wouldn’t it be nice to sleep through Corona?! Wake us up when it’s all over please #bakingyouhappy #fergusonplarre #lockdowntiktok #wham #makemehappy

I am loving this man's singing Tik Toks, don't worry I won't sing along!