In 2017 Manchester suffered a terrorist attack that killed 22 people at an Ariana Grande gig in the UK city.

Following on from the attack Ari organised a charitable concert 'One Love Manchester' with performances from her boyfriend at the time, the late Mac Miller, Miley Cyrus, Pharrell Williams, Niall Horan, and many more.

The concert earnt the 'Thank U Next' singer honorary citizenship of the city back in July 2017 due to her response to the attack.

Three years on from the attack, Ariana hasn't forgotten the horrific moment and has marked the anniversary with a post on her Instagram story. 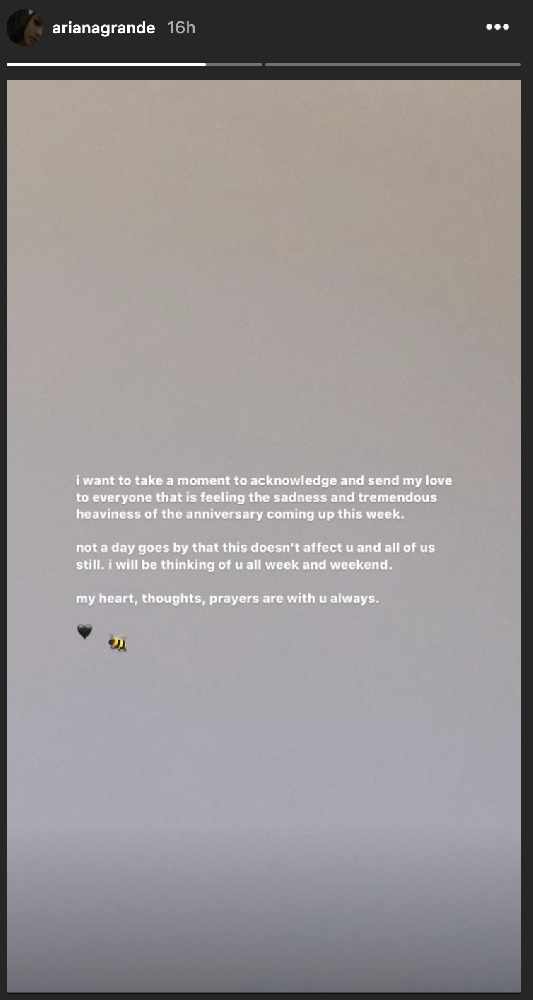