Rapper 6ix9ine has got beef with Ariana Grande and Justin Bieber

Rapper 6ix9ine has got beef with Ariana Grande and Justin Bieber!

Tekashi 6ix9ine's song 'Gooba' reached number three on Billboard Hot 100, however, the artist is not happy with his current chart position.

Ariana Grande and Justin Bieber's 'Stuck With U' has successfully earnt the top spot. The collaboration has made Arianators and Beliebers very happy, while also raising money for charity during the pandemic.

🚨 Calling all @justinbieber & @ArianaGrande fans! We’re donating $5 for every download of their latest collaboration #stuckwithu on Amazon Music between now and 9pm PT tomorrow to @1strcf (up to $100K)!

Maybe, due to the fact that the single is raising money for charity, some fans have bought multiple copies to support the cause?

The chart-topping pair also offered their fans signed copies of the single, as you can imagine the demand for this was high.

Despite the merchandise and charity aspect of the number one single, this clearly didn't sit right with 6ix9ine that his single hadn't been as successful as Ariana's and Beiber's. Therefore he has now accused the 'Stuck With U' singers for buying their own copies...

Ariana Grande was quick to respond to these accusations putting the artist in his place: 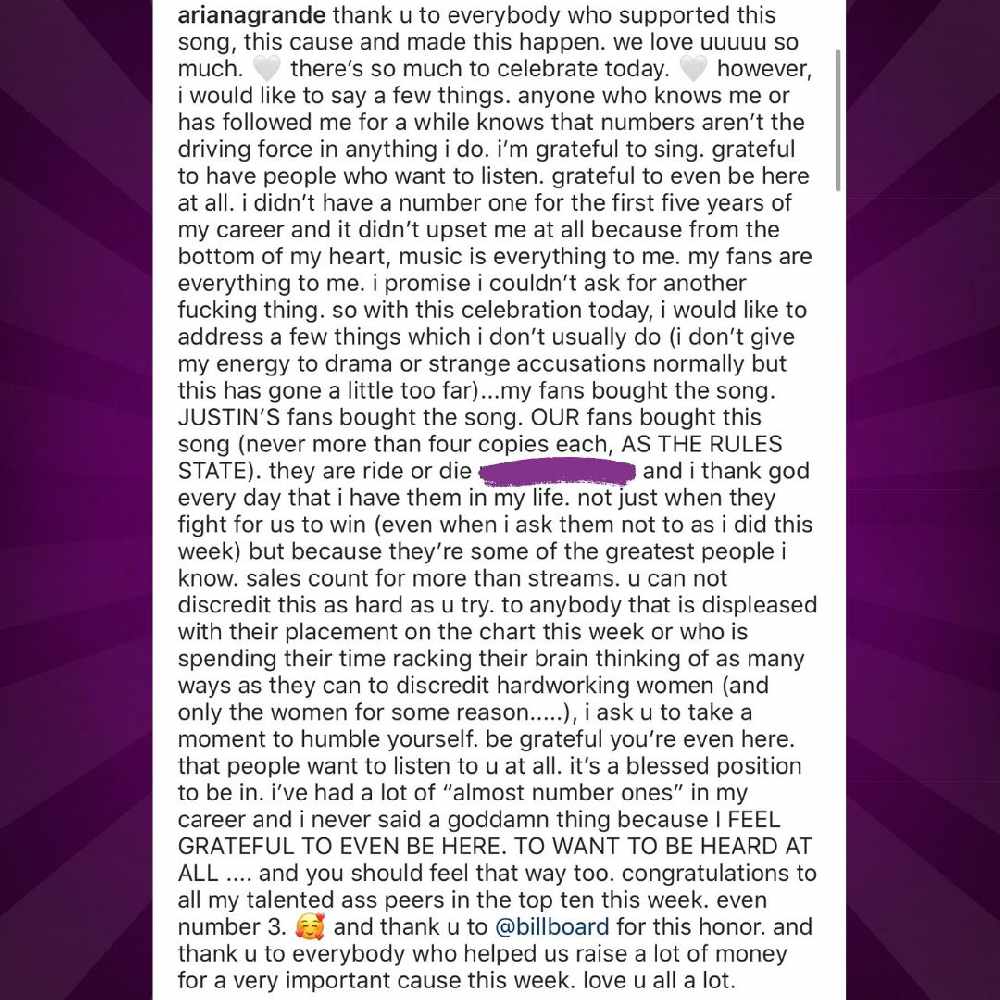