What do Megan Thee Stallion and Adele have in common?

After postponing her Vegas residency, Adele made her return to the stage in front of a live audience for her first concert in five years as she headlined London’s BST Hyde Park Festival in the UK.

Lots of videos from the gig have gone viral including one in particular.

Adele appeared to do some of Megan Thee Stallion’s choreography from the viral “Body Under The Bridge” mashup during her show in Hyde Park.

Megan has since seen the video and shared it on her Instagram story: 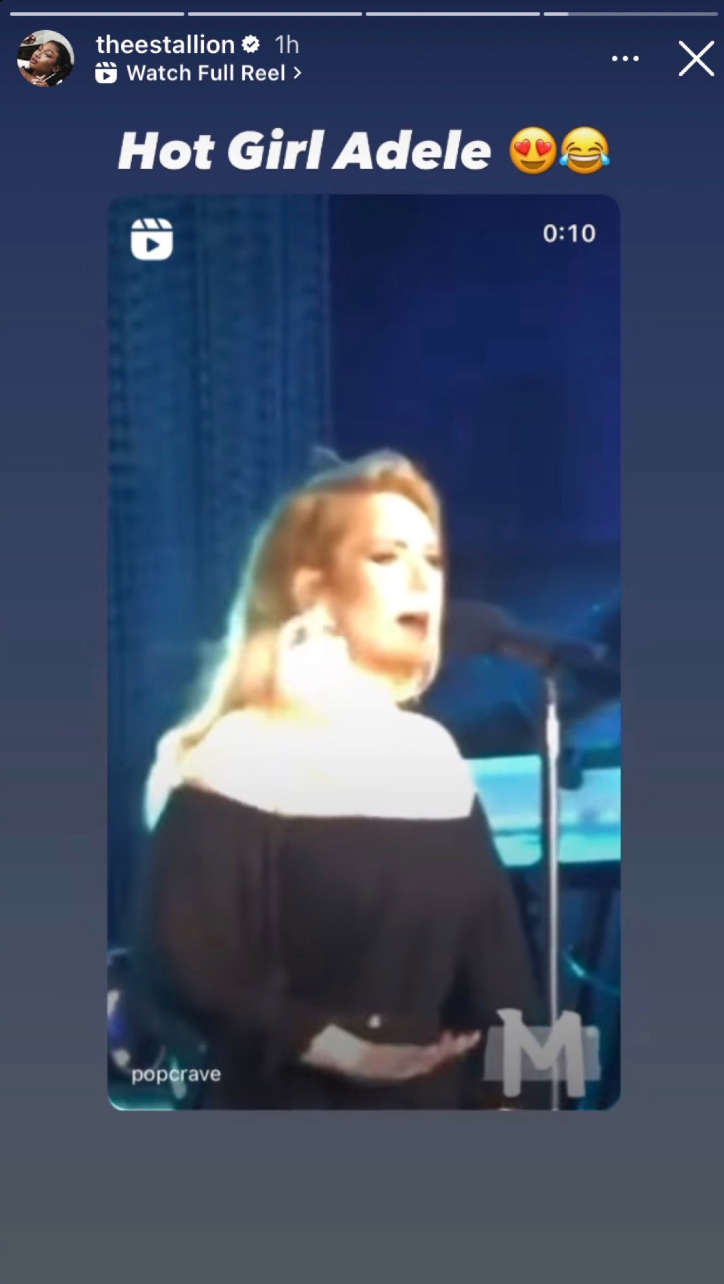 She captioned the video “Hot Girl Adele”, we may have to start using this name for Adele too!